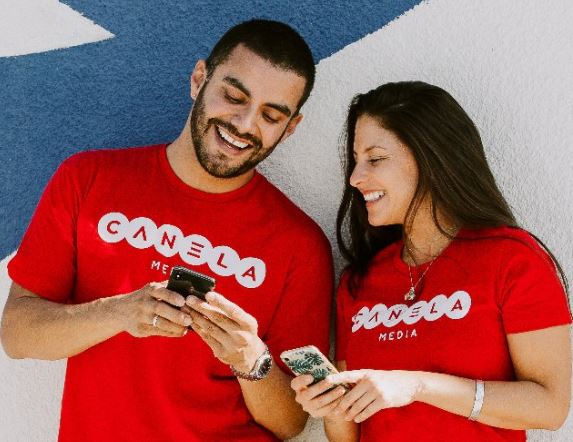 It’s a Spanish-language daily newscast offering the latest headlines, sports reports, features on immigration, and other subjects of particular interest to Hispanics who prefer to consume content en español.

And, on Fridays, it will air a five-minute segment called “Buenas Noticias” that’s perhaps a Hispanic take on “Some Good News,” which gained popularity across the pandemic after its organic online creation by actor John Krasinski.

Canela Media is headed by founder and CEO Isabel Rafferty. She said, “Viewing habits of U.S. Latinos are rapidly changing as more of this audience shifts to digital platforms and abandons traditional TV. Prior to Canela News, U.S. Latino cord cutters weren’t able to get access to the serious Spanish-language, U.S.-centric news that they wanted. There was a void in the market which presented an opportunity for Canela News to fulfill that demand. Brands aiming to reach U.S. Latino audiences in the U.S. are looking at OTT and CTV consumption to address the changing habits of this audience. With Canela News, brands are getting a first-to-market opportunity to own the sports news segment, one of the most important passion points for Latinos as well as an association with uplifting content through our ‘Good News’ segment.”

Canela News is led by Alejandro Medina, who previously ran the TV Azteca national newscast in Mexico. Anchoring the newscast is Jimena Duarte; the sportscast will be anchored by René Romero.

Access can be had via download on the App Store and Google Play, Roku, Apple TV, Android TV, Amazon Fire TV and smart TVs.