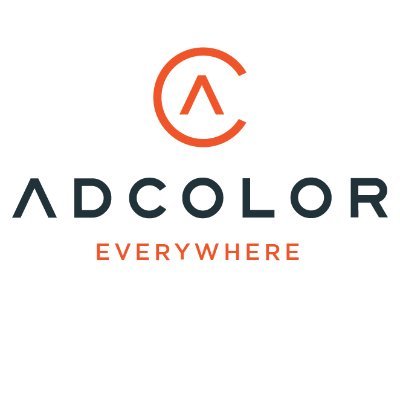 ADCOLOR, the organization dedicated to celebrating and promoting “professionals of color and diversity” in the creative industries, has revealed the nominees and honorees for the 14th annual ADCOLOR Awards.

The awards, which began in 2007, highlight and honor the achievements of diverse communities in the advertising, marketing, PR, media and entertainment industries. They recognize those who go above and beyond to make a difference and embody the organization’s call to “Rise Up, Reach Back.”

Of note this year, ADCOLOR, in partnership with Adweek, will be honoring the founders of “Black Lives Matter” with the 2020 Beacon Award. The award honors individuals of note who use their considerable platform to change the status quo in the quest for diversity, equity and inclusion.

ADCOLOR and The African American Film Critics Association (AAFCA) also teamed up this year to create a new award category: The AAFCA + ADCOLOR Creative to Watch Award. This award honors a creative of color whose career in its early stages demonstrates a vision and commitment to diverse and inclusive stories that reset and disrupt the industry across multiple platforms.

The winner of the inaugural award will be announced at a later date.

In addition to the ADCOLOR awards, the organization today announced its 2020 class of ADCOLOR FUTURES. Building on the motto of “Rise Up, Reach Back”, the ADCOLOR FUTURES program identifies and nurtures the next generation of leaders who have one to three years of experience in their industry. The program provides training, mentorship and empowerment to these young professionals with the goal of supporting the talent of tomorrow, today.

As previously announced, ADCOLOR’s 2020 event, which includes the ADCOLOR Conference, ADCOLOR FUTURES program and the 14th Annual ADCOLOR Awards, will be going virtual this year due to the ongoing COVID-19 pandemic.

The online event, which is the first in the organization’s history, will be rebranded as ‘ADCOLOR Everywhere’ and held from Tuesday, September 8 to Thursday, September 10.

“While we can’t gather anywhere physically this year, going virtual allows everyone everywhere to be a part of the 2020 event” said Tiffany R. Warren, Founder and President of ADCOLOR. “With ADCOLOR Everywhere, we are reimagining how the industry does online events and aim to provide the same energy and premier experience we typically offer in-person. It’s shaping up to be something truly memorable, as is evident from the outstanding list of nominees, honorees and FUTURES announced today.”

The host for this year’s ADCOLOR Conference is TV host and producer, Dana Blair. Blair is one of Hollywood’s most personable on-air talents, having covered everything from pop culture and celebrity interviews with Essence, People and The Recording Academy to social justice pieces for BET. Her one-on-one interviews have included the likes of Shonda Rhimes, Will Packer, Mary J. Blige, Angela Bassett, Denzel Washington, among many other top entertainers and powerhouses.

Comedian, actress and writer Aida Rodriguez will then close out ADCOLOR Everywhere as the host of the 14thAnnual ADCOLOR Awards on September 10th. Rodriguez made history as the first Latina to appear in two comedy specials airing in one month on both HBO and Showtime and is currently developing a half-hour scripted series with Warner Media. She was featured in the film The Comedian and has appeared on Tiffany Haddish’s breakout Netflix series They Ready, Comedy Central’s The Nightly Show, NBC’s Last Comic Standing, TRUtv’s Laff Tracks, Nickelodeon’s Moms’ Night Out and Parental Discretion.

Registration for ADCOLOR Everywhere will open on Wednesday, August 12 at adcoloreverywhere.virtualeventsite.com.
Please follow @adcolor on social media for additional updates and information.