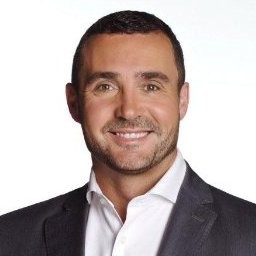 Effective today, Perez no longer has oversight of digital for the network that has effectively “closed the gap” with longtime rival Univision Communications.

Perez has moved to the revenue monetization division, taking the new title of Senior Vice President, Revenue Strategy and Innovation.

He reports to EVP/Revenue, Strategy and Innovation Peter Blacker, as does his successor.

Rosado was previously SVP of Noticias Telemundo and Digital News, where she created and oversaw strategies to enhance the consumer experience across multiple distribution points. Prior to Telemundo, Rosado was SVP/Global Content at  E!, in Los Angeles where she oversaw all content, news gathering, audience development, and product for the company’s news division.

Before that, Rosado was Executive Producer at US Weekly, where she was responsible for launching and executing the company’s digital expansion.

With the “realignment in Digital Media,”  Perez will assume a newly created role expanding the revenue strategy efforts of NBCUniversal Telemundo Enterprises, announced earlier this year. He will work closely with Telemundo Studios and Programming to develop new monetizable opportunities across linear and digital for U.S. and international markets. In addition, Perez will partner with NBCUniversal Advertising Sales leadership with a focus on integrations and commercial innovation targeting the Hispanic market.

“Borja brings a decade of experience growing the Telemundo brand and audience across platforms and can now focus on finding new ways to drive revenue from our content. In their new roles, these two seasoned NBCUniversal executives are poised to push our business forward,” said Blacker.

Before joining Telemundo in 2006, Perez was Director of U.S. Hispanic Business for AOL, taking the position in 2002 after serving as Director of Interactive Sales and Marketing for AOL International.