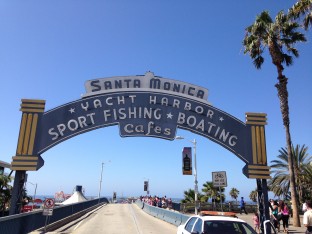 Chris Carrillo, a veteran of SBS’s Los Angeles operations who has served as GSM, LSM and as a Sr. AE for the company’s regional Mexican KLAX-FM 97.9 “La Raza” and Latin Rhythmic KXOL-FM “L.A. 96.3,” has been named VP/GM for the Spanish-language duo.

“Chris’s radio experience and acumen are a matter of indisputable record and we’re confident of his leadership abilities in taking our stations to the highest level of operational excellence in the Los Angeles market,” Rodriguez said. “He knows radio, he knows the advertisers, he knows the Company and its people and he’s intimately familiar with our West Coast stations. No one is more qualified to take over the reins of SBS Los Angeles.”

Carillo has also been a Sr. AE for Clear Channel’s radio stations in Los Angeles.

Carillo assumes duties held since mid-July by SBS COO Albert Rodiguez and, prior to that, by Marko Radlovic.

In that role, he also had oversight of regional Mexican KRZZ-FM 93.3 in San Francisco.

Radlovic had previously held various managerial positions at SBS from 2001 through 2011, including roles as Chief Revenue Officer and COO. From 2011-2005, he served as President/Market Manager for Cumulus Media in Los Angeles.