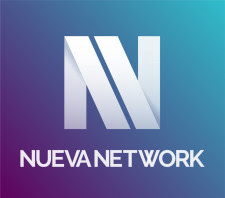 An imaging company with offices in New York and Los Angeles has launched an audio network focused specifically on U.S. Latinos.

Introducing Nueva Network, which promises at its onset 79% of U.S. Hispanics over the age of 11.

The company’s mission: “to service advertisers and brands first” by providing efficient cost of entry into the Spanish-language national audio space while providing services such as copy translations and spot production at no cost to clients.

The network was primarily founded and created for commercial advertising and sponsorship.

With its launch under affiliate and imaging VP David Bello, Nueva Network has selected Jose Villafañe‘s Multimedia National Agency to handle sales for its network and syndicated programs.

“We launched to compete in the network space, but we believe we can help increase the number of advertisers of national audio in the Spanish Language media,” Bello says. “While in the General Market there are over 300+ Network advertisers there are only a third of those advertising in the Spanish Language when Hispanics radio listeners have a higher TSL and are more engaged with the medium.

Bello adds that NMA was selected largely due to Jose Villafañe’s “past success” working with Radio Unica, a largely unsuccessful Spanish-language network focused on spoken word programming launched in the late 1990s for U.S. Hispanics under Joaquin Blaya and, in its final days, by José Cancela.

Introducing a Podcast Network for the ‘Latino+’ and ‘New American Mainstream’

‘Rumba’ Returns To Cradle of Liberty, Thanks to iHeartMedia