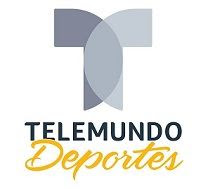 The exclusive U.S. media rights to Liga MX’s Club Deportivo Chivas de Guadalajara have been snagged by NBCUniversal Telemundo Enterprises’ Telemundo network, giving it exclusive access to one of the Mexican Premier League’s most popular clubs.

The 2020 Apertura tournament remains on track for kickoff later this month, and it is a multi-year agreement that includes rights to all Chivas home games in Spanish and English across all Telemundo platforms. In addition to the men’s team, Telemundo Deportes will also carry rights to the women’s club, Chivas Femenil, and their youth team Cantera Rojiblanca.

“We are thrilled to become the new home of Chivas de Guadalajara in the U.S.,” said Ray Warren, President of Telemundo Deportes. “As one of Mexico’s most historic, popular and successful teams, the acquisition of these rights aligns perfectly with NBCUniversal and Telemundo Deportes’ approach to partner with owners of the biggest and best properties in sports. We look forward to working with the entire Chivas de Guadalajara organization to take its brand to unprecedented heights and scale, while growing its passionate fan base across the U.S. and other countries.”

To supplement the extensive coverage around matches, Telemundo Deportes and Chivas de Guadalajara will create additional multimedia content, programming and promotional opportunities to enhance the Chivas de Guadalajara brand experience across Comcast and NBCUniversal properties, including Peacock, in addition to all Telemundo platforms.