Univision Communications plans to highlight how its portfolio “stands united” at its Upfront presentation set for tomorrow at New York’s Lyric Theatre.

Emphasizing the evolution of Univision’s media brands and how they are being leveraged to create more meaningful buying opportunities for marketers, the company’s Upfront presentation for 2016-2017 focuses on the theme “United We Stand. Together We Grow.”

Turner and Mandala will play up what Univision believes is its “unique bond” with its audience and “superior access to the influential, dynamic U.S. Hispanic population.

“By organizing around key content verticals, UCI is now offering marketers a new way to do business that will allow them to target UCI’s audiences more systematically and leverage the estimated 81 million average monthly unduplicated media consumers UCI reaches across its media portfolio – a reach that has grown by more than 40% since first quarter 2015 as a result of acquisitions, partnerships and strategic investments,” the company said in a release.

As reported in the 2016 Hispanic TV Upfront Guide, Univision’s Upfront presentation will bring to life four key content verticals known to be passion-points for the company’s audiences: Sports, Comedy, Music and Drama.

“Mujeres de Negro” (Women in Black) – This story features strong female characters who develop a radical plan to take control of their lives. Vera, Johanna and Kirsi have had enough of being taken advantage of and band together to kill their husbands and seek out new adventures. Finally free, the ladies don’t expect that these new adventures would include close calls with both the criminal justice system and the criminal world. This dramatic tale will use dark humor to answer the age-old question, is it possible to start again? And if so, at what cost? (Primetime – Univision Network – Televisa)

“Tres Veces Ana” (The Three Sides of Ana) – This is a contemporary story of sibling rivalry featuring the return of power couple Angelique Boyer, playing triplets with very different personalities, and her real-life partner Sebastián Rulli. After a car accident in their childhood, the mischievous Ana Leticia and handicapped Ana Laura are separated from their free-spirited sister Ana Lucia. The sisters’ individual love stories, with three steamy admirers, will present challenges ultimately leading the sisters’ lives to intertwine, for better or for worse. (Primetime – Univision Network – Televisa)

“La Candidata” (The Candidate) – This timely, relevant and modern story promises to get audiences hooked. Camila Santamaria is a charismatic politician assumed to be dead after a tragic accident. Upon her return, she begins to uncover her husband’s corrupt ways and ultimately decides to challenge him in a race to be the next President. (Primetime – Univision Network – Televisa)

“Vino el Amor” (Then Love Arrived) – This telenovela, featuring the majestic vineyards of Napa Valley, California, brings to light the life of Mexican-Americans seeking not only the American Dream but also success with family and love. Vicente is depressed after having lost his wife in a seemingly-provoked accident, so much that he begins to neglect his children and the vineyard he loves so much. His mother-in-law and supposed best friend try to take advantage of the situation to take Vicente’s fortune, but their plans are disrupted by an unexpected arrival. Laura, a cheerful and spontaneous young woman who grew up on the vineyard with her father many years ago, returns to turn Vicente’s life upside down. Through their love-hate relationship, Laura breathes new life into Vicente and rekindles his love for life and for his Napa Valley vineyard.  (Primetime – Univision Network – Televisa)

“El Principe” (The Prince) – Set in the troubled border district of The Prince in the Moroccan frontier, the series begins as the young and highly trained spy, Javier Morey, arrives with the secret mission to infiltrate himself as the new chief inspector of the local police station, under the suspicion that some local agents could be collaborating with Muslim extremist cells. As he digs into the complex world of The Prince, Morey will meet Fatima, a Muslim teacher, sister of the most important drug trafficker in the area and of a teenage boy who has been missing for months. Fatima is determined to find her young brother despite the apparent indifference from local police in the case. Although Morey will try to enlist Fatima as a confidant, it will be impossible for him to not feel attracted to her as they spend more time together, which could jeopardize his mission and even his own life. (Primetime – UniMás – Mediaset)

“La Ronca de Oro” (The Voice of Freedom) – This is the real-life story of Helena Vargas, a singer who longed to be free during the very male chauvinist 50’s, when women had more duties than rights and were expected to be only wives and mothers. Helena found a way to express her deep desire for freedom through music, overcoming all obstacles in a prejudiced society, beginning with her family. This music, after years of struggle, would bring her success, but was also the origin of her worst humiliations. It also became the soundtrack of her two great loves: one that almost put an end to her life, and another one that filled her days with happiness. Like no other, she understood that popular music has no age, sex, nor class, and that during times of violence, her incomparable voice would be capable of uniting an entire nation. (Primetime – UniMás)

“Las Hijas de Tierra Blanca” (The Daughters of Tierra Blanca) – Aurora’s life forever changed the day her father was unjustly killed by the authorities. She used to be a regular citizen of Tierra Blanca, but that day she became the leader of a group of women who rebelled against everything that had to do with power. These were women whose hand did not shake when they needed to hold a gun up against someone else; especially if this was the only way they had to redeem Aurora ́s father ́s reputation. Tierra Blanca ́s female army –formed by Aurora, Tabatha, Manuela and Yuliana– will confront the biggest drug lords with one simple message: family, elders and women must be respected. This was a battle that Aurora’s father had begun years ago but now she must lead it herself so that Tierra Blanca can once again be a town of peace, progress and solidarity. (Primetime – UniMas – W Studios)

“Bloque de Búsqueda” (Search Squad) – Inspired by real-life events, ―Bloque de Búsqueda‖ revolves around Col. Hernán Martín and Capt. Antonio Gavilán, the men who created the elite Search Squad task force to track down Pablo Escobar. Knowing the only way to catch a criminal was to think and act like one, they operated on the edge of the law, aligning with the drug lord’s enemies and putting their lives — as well as those of their families — on the line to bring Colombia’s most ruthless and elusive mobster to justice.(Primetime – UniMás – Sony)

“40 y 20” – Here’s what happens when a divorced, 40-year-old dad and his 20-year-old son live together like bachelors. There’s dating, mischief and laugh-out-loud interactions with the ex-wife. This series is brought to you by the successful producer of Los Heroes del Norte.  (Saturday’s Prime Access/Univision Network – Tuesdays/Galavisión– Televisa)

“En la Vida de Joan Sebastian” (In the Life of Joan Sebastian) – This mini-series is based on the life of the legendary singer-songwriter Joan Sebastian. His love of life will be shared along with his passion for his music and his fans. Jose Manuel and Julian Figueroa (Joan Sebastian’s sons) will play Joan’s role at different stages of his life. Livia Brito will play the role of Maribel Guardia, one of Joan’s true loves. This story will pay tribute to the ―people’s poet,‖ as he is affectionately known. (Primetime – Univision Network — Televisa) 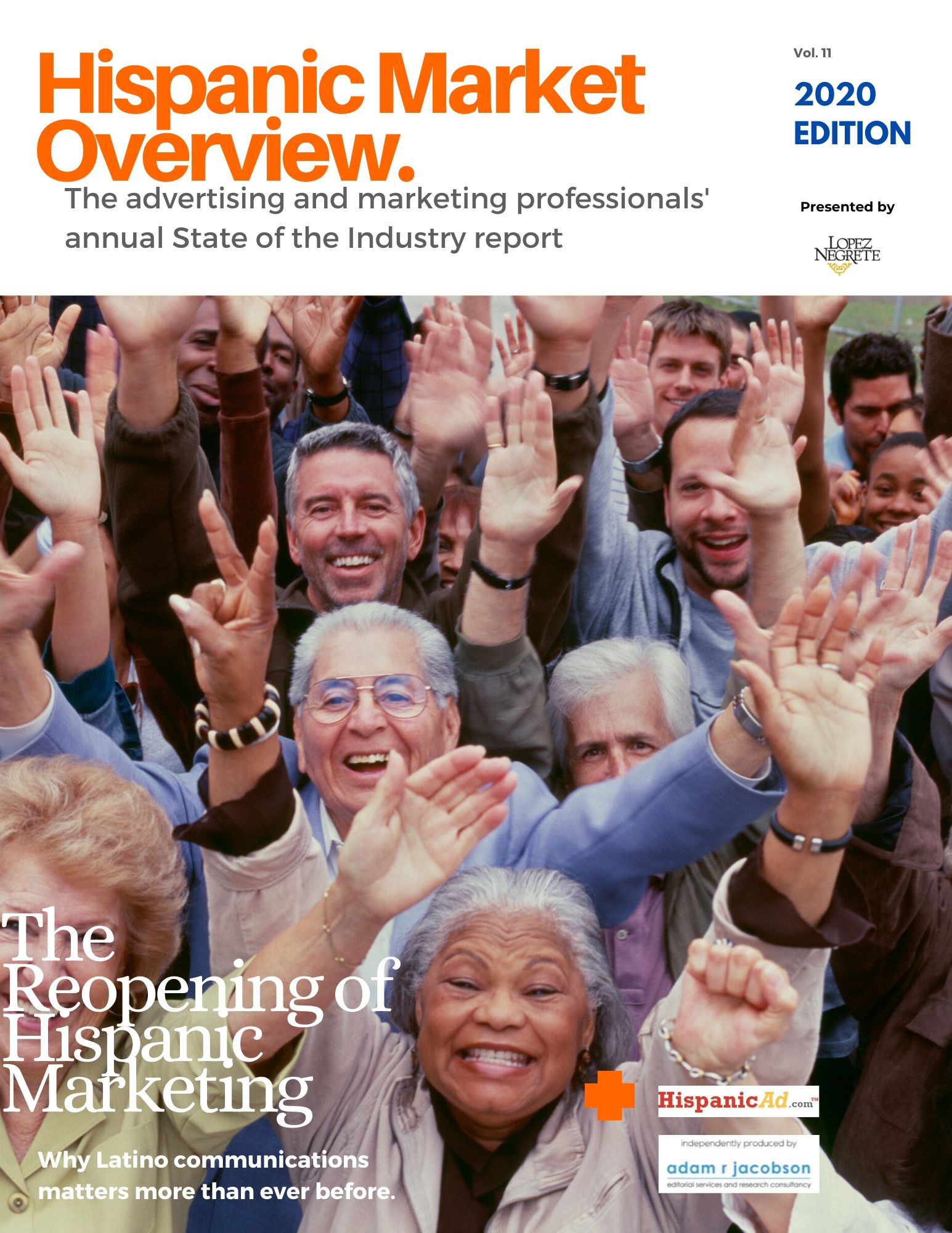