WXTV Reboots Its 11pm Newscast, With Millenials In Mind 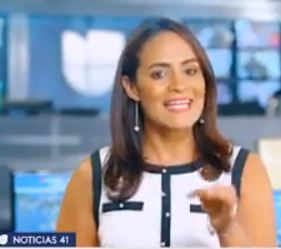 With increased competition from NBCUniversal O&O WNJU-47, the Telemundo station serving the New York Tri-State Area, Univision Communications is fighting back by retooling the 11pm newscast at its O&O in the nation’s No. 1 market.

Starting Sept. 30, a new format for “Noticias 41 Solo a las Once” will debut on Univision’s WXTV-41.

This will see anchor Yisel Tejada ” deliver a deep dive into top headlines, moving beyond the anchor desk for in-depth coverage on the stories impacting Latinos in the New York City metropolitan area the most.”

In a risky move,  “Noticias 41 Solo a las Once” will also include “panel discussions featuring experts with opposing views on the day’s topics — and viewer input via social media.

“Viewer participation will play a part of the refreshed newscast, with anchors posing questions to viewers and reading their comments in real time on-air via a new 84-inch mobile touch screen monitor on set,” Univision says.

Univision New York VP of News Esteban Creste explained, “Our audience has asked us for a truly interactive news format and we are thrilled to deliver with the reimagined ‘Noticias 41 Solo a las Once.’ By going beyond the headlines and giving our viewers in-depth coverage of the stories that affect our community the most, our audience will get the accurate and actionable news they need to make informed decisions for themselves and their families.”

It’s a gamble for Univision, which is more reliant than ever on Dominican viewers than Puerto Ricans and the market’s small Mexican population as rising bilingual consumers opt for English-language news on WCBS-2, WNBC-4 or WABC-7, if Telemundo’s WNJU-47 isn’t desired.

It also signals a push to attract more millennials and Gen Z consumers, despite research suggesting that they don’t watch local newscasts, especially at that hour.