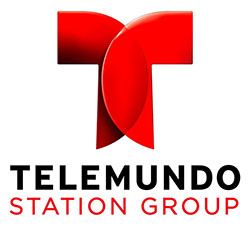 Robert Sarabia has been named President and General Manager of Telemundo 60 / KVDA in San Antonio.

In his new role, Sarabia will be responsible for leading all station operations including news/digital, sales, marketing/promotions, human resources, community affairs, and technology/operations.

Sarabia is transferring from the VP/Sales role at Telemundo Houston / KTMD. He had been at KTMD since 2013. He reports to Manuel Martinez, President of the Telemundo Station Group.

“Robert is smart, innovative and a great leader. I’m excited that he’ll be leading our San Antonio station and look forward to seeing the new milestones he and our team will accomplish together,” said Martinez.

Sarabia is an Alamo City native.

“I am honored and excited to return home to San Antonio, where my career in broadcasting began almost 20 years ago,” added Sarabia “As San Antonio experiences many changes, Hispanics’ prominence as the largest demographic group in the market remains unchanged. I look forward to working with my colleagues at Telemundo 60 to continue serving South Texas’ Hispanic communities with the news, information and programming they deserve, and creating even more opportunities with KVDA’s advertisers and clients. I am thankful to my colleagues at Telemundo Houston for a memorable and successful six years.”

He also held numerous roles with increasing responsibility, including General Sales Manager, at Univision stations KWEX and KNIC from 2002 to 2011.

Sarabia began his career in broadcasting at KSAT-12 the ABC affiliate in Houston in 2000.