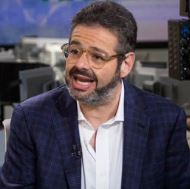 In December 2010,  Univision Communications made the bold move by turning to an individual with a background in Hispanic and Latin American trade publications to take over leadership of its news operations.

The appointment of Isaac Lee as President of News for the Univision Network eventually led Lee to ascend to the role of Chief Content Officer of Univision Communications.

With declining ratings and Univision’s poor financial state grabbing headlines of late, Lee emerged as a central figure among those seeking to put a finger on why Univision now lags Telemundo at both 9pm and 10pm weeknights.

Lee on Tuesday (7/17) became the latest victim of Univision’s woes, tendering his resignation.

In a press release, Univision said the move was done following his “successful completion” of a mandate to align the content operations of both Univision and its longtime Mexican partner, Televisa.

Under Lee, the first-ever global pilot season in Spanish-language television for Mexico and the U.S. was initiated.

But, Lee was a central figure overseeing not only Univision News and Univision Digital, but also all content including The Root, The Onion and Gizmodo Media before ascending to the joint role as UCI and Televisa in January 2017.

That connection to Gizmodo and The Onion may have come back to haunt Lee. As Radio + Television Business Report reported July 10, Gizmodo and The Onion are on the block. There was no mention of Fusion, the English-language entity that was originally launched in partnership with The Walt Disney Company.

Daniel Coronell, who succeeded Lee as President of News, continues in that role.

UCI Chairman Haim Saban thanked Lee for leading Univision’s content team “with integrity and courage and helping elevate and position Univision in mainstream American media. He understood the relevance that Univision has for Hispanic America and served the audience well. Isaac has vision and knows how to execute. I wish him well and expect more exciting things from him in the future.”

Lee’s accomplishments at Univision also include the creation of the Los Angeles-based content development and production hub Story House Entertainment, which developed three seasons of the series “El Chapo,” co-produced with Netflix; and the documentary “Science Fair,” which won Sundance’s Audience Award in 2018. A new drama, “Tijuana,” set in the Mexican border town, is in production. Two additional docu-series, “Murder Mountain” and “Who Killed Malcolm X,” also co-produced with Netflix, are in production.

What is Lee’s next destination? Univision notes that he will start his own production company.

“I want to thank my extraordinarily talented and hard-working colleagues at Univision, as well as Haim and the entire Board, for all the support I have received in my nearly eight years at UCI,” Lee said.

Lee emerged as a possible leader at Univision in the mid-2000s, as Chairman and Editor-in-Chief of PODER Magazine. His resume includes roles at Zoom Media Group and as the editor of Semana magazine in Colombia in the late 1990s.

His biography can be found here.

Speculation is rampant that Univision Communications is finalizing a formal announcement that a former LIN Media CEO who then stewarded Media General’s merger with Nexstar has been given the CEO role at the fiscally challenged Hispanic media company. This individual also spent a decade as CFO of Telemundo and is presently on WAPA parent’s board of directors.

Adam Jacobson
Flights from nearby Miami International Airport aren’t the only thing around here taking off. It appears upward of 150 people are also taking flight, for good, from Univision Communications.  It’s the second, and deeper, round of job cuts at the Hispanic and millennial-focused company in eight weeks. The company explains it is part of its “multi-year transformation initiative.”