If the U.S. Hispanic marketing and advertising world were to have a mascot of its own, Eeyore, from the Winnie the Pooh series, might make a good choice for some.

If Eeyore is indeed the choice, include it in the piñata parade that offers a visualization of just where Hispanic marketers and advertising agency professionals find themselves in the second half of 2017.

They’re the proverbial piñata, getting pummeled from all sides.

But, is it warranted? Is it exaggerated?

That’s a question the 2017 edition of the annual Hispanic Market Overview report from Adam R Jacobson seeks to answer fairly, succinctly, and without fear.

We know things are hard. That’s why we’re asking about the overall growth forecast and pacings.

We also want to know if the transition at the White House really impacted Hispanic marketing and advertising, or if it’s just a convenient excuse for other problems.

Are budgets growing, or are things in any way impacted from the transition in the White House, as some have suggested?

The eighth annual HISPANIC MARKET OVERVIEW 2017, presented by López Negrete Communications dives into what’s exciting, challenging and motivating the Hispanic ad agency leaders of today. What categories are thriving? Which ones are fumbling?

Our pledge: To give the reader the total picture of an industry that’s in transition, and perhaps tumult. 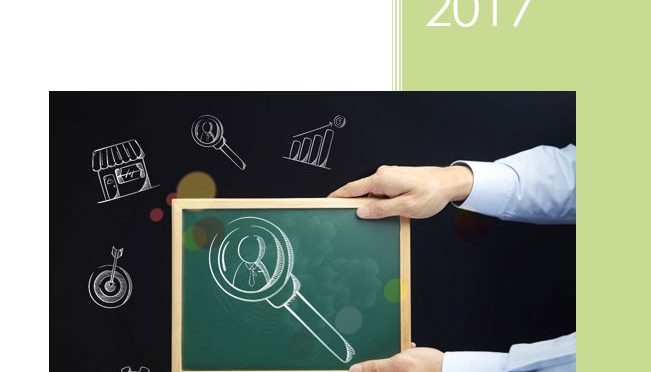 The report will include:

You wouldn’t approve of this garbage, would you?

In case you have no clue who Jim Stengel is, this legendary marketer served as Procter & Gamble Co.‘s Global Marketing Officer until fall 2008, when he spoke in Orlando, Fla. at the ANA Masters of Marketing Conference and announced his “retirement.”

As the scent of confidence, anything is possible with Old Spice.

Like Tecate, this spot was created and produced by mainly non-Latinos. With the Old Spice spots we have — count ’em — one Latino: Assistant Editor Zaldy Lopez.

Old Spice excitedly introduced the spots by noting that two of the four spots seek to target Hispanic millennials and introduces the first Mexican actor to be featured in an Old Spice spot — Alberto Cardenas.

Hear those crickets chirping? Me too.

We’ve done some research and we can firm that this individual is not the Alberto Cardenas who serves as a partner in the law firm of Squire Patton Boggs and in the Advocacy Group at Cardenas Partners.

This Alberto Cardenas is also not the former governor of Jalisco, Mexico and PAN Senator until his 2012 departure from politics.

Aside from a Google search that shows he may be a Mexican model, I’ve never heard of this guy.

This will be gracing the airwaves this summer, and we certainly hope that the budget put toward this did not reduce any sort of effort targeting Hispanics who consume Spanish-language media. If so, that would be a hugely disconcerting move and send a very wrong message to all CMOs, brand managers, media buyers and media planners.

This is not Hispanic advertising. This is a spot that seems perfectly geared to young men who enjoy watching Spike or similar “tune in, turn off and vegetate” television networks.

In late July I’ll be in Portland and I’m tempted to drop a Red Card in the lobby for Creative Director Max Stinson, or perhaps another one of the W+K team such as Client Contact Janine Miletec.

But maybe they aren’t the ones that deserve the Red Card. Perhaps it is the successor to James Moorhead, who departed as CMO for Old Spice in spring 2012 to become CMO for Dish Network and can now be found at Metromile, which is “revolutionizing” the car insurance experience with pay-per-mile pricing. Or, is it the successor to John Sebastian, who exited as P&G Marketing Director-North America Personal Care in September 2015 to join Newell Rubbermaid as VP/GM?

Whoever the new “wolf dog” is running the marketing for Old Spice better sit and learn a new trick, because Desperado is a desperate attempt to effectively attract the Latino consumer.

According to Nielsen Claritas, Denver’s Latino population, roughly 20 percent of the market, is growing three times faster than the population as a whole.

The Denver Post‘s Joanne Ostrow in April 2010 talked to local and national media executives who shared their thoughts about the booming Latino population.

Most expect a thorough national head count – Census 2010 – to quantify their potential for growing audiences … and ad revenues.

“Denver has been late to the table,” said Miami-based Hispanic media consultant Adam Jacobson. “But maybe the time is ripe, and maybe the dollars are finally there for it to work.”

Jacobson also told Ostrow that the pace of  growth among U.S.-born Hispanics is greater than that of immigration. Thus, use of English among Latinos tuning in to media across the nation may eclipse Spanish as the years go by.

“Especially out West, the Hispanic population growth is age 10 and under. At that age, you’re probably watching Nickelodeon (rather than Univision or Telemundo). Within the next 10 to 15 years, the number of Hispanics who prefer to use English will increase.”

This is a controversial belief. Jacobson asks, “But who’s going to consume Spanish-language media if more of the kids speak English?”

At this point, a comment was misunderstood by Ostrow.

“The under-30s watch “Grey’s Anatomy” more than what’s on Univision,” he said.

I was talking specifically about Cuban Americans born and raised in Miami, and did not clearly state this in my interview. As any statistician will tell you, Hispanic television viewing is driven nationally by the 18-34 demographic.  So my comment is obviously a bit odd and out of context.

The article appears on the front page of the April 20, 2010 edition of the Denver Post.