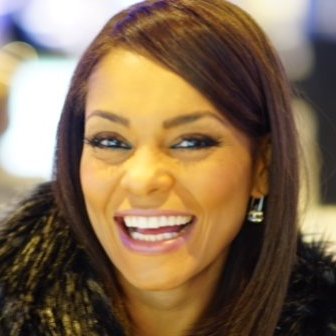 Veteran Univision news anchor María Elena Salinas is weeks away from retirement. Who will take her co-anchor duties with the equally famed Jorge Ramos on the 6:30pm weeknight Noticiero Univision?

The torch has been passed to Ilia Calderón, who will take over’s anchor chair in mid-December.

Univision calls the appointment historic, as Calderón will become the first Afro-Latina to anchor an evening newscast for a major broadcast network in the U.S.

She is a native of Colombia, where she once served as anchor of “Noticiero CMI.”

In addition to succeeding Salinas on Noticiero Univision, Calderón will also serve as co-host of Univision’s prime-time newsmagazine Aquí y Ahora, which airs on Sunday nights, alongside Teresa Rodríguez.

“We are delighted that Ilia Calderón will join Jorge Ramos at the helm of ‘Noticiero Univision’ beginning next month,” said Univision News President Daniel Coronell. “Ilia’s professionalism and experience, together with her personal charisma, journalistic integrity, knowledge of the U.S. Hispanic community and proven appeal with our diverse audience make her the ideal person to succeed María Elena Salinas. We are confident that Ilia’s contributions will be instrumental in maintaining the standard of excellence that María Elena and Jorge have set for the newscast over more than three decades and that millions of viewers expect from ‘Noticiero Univision’ every day. We welcome Ilia to the evening news and wish her much success.”

“It is a great honor and an enormous responsibility for me to sit in María Elena Salinas’s anchor chair,” expressed Calderón. “María Elena has been an invaluable voice for the Hispanic community in this country, an icon of excellence in journalism and a role model for millions of Latinas, so I know I have big shoes to fill. I’m very excited to accept this new challenge as co-anchor of Hispanic America’s most trusted newscast. To the millions of loyal viewers of ‘Noticiero Univision,’ I promise to give you my very best every evening, continuing to honor Univision’s commitment to inform and empower Hispanic America like no other news organization in the American media landscape.”

Calderón launched her journalism career in 1994 as the anchor of a local newscast in Medellín. In 1997 she moved to Bogotá, where she hosted the national newscast Noticiero CMI until 2001. After relocating to Miami,  she worked as a news anchor for the international cable network Telemundo Internacional, co-anchored the weekend newscast for the Telemundo broadcast network, and later co-hosted the network’s weekday morning program Cada Día con María Antonieta Collins.

She joined Univision 10 years ago as co-anchor of the weekend edition of its daily newsmagazine Primer Impacto, and in 2009 was promoted to co-host of the show’s principal weeknight edition. Calderón became co-anchor of Noticiero Univision: Edición Nocturna, the 11:30pm ET/PT edition, in 2011.