María Elena Salinas To Exit Univision At End Of ’17 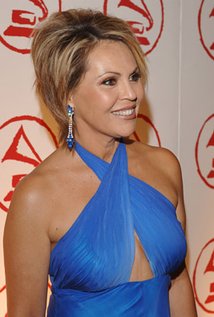 María Elena Salinas will exit the Univision News anchor chair at the end of the year.

The network made the announcement late Thursday, Pacific time.

Salinas has been associated with Univision and its predecessor, Spanish International Network (SIN), for nearly 36 years.

As of January 2018, she plans to work independently as a journalist and producer, and continuing to devote herself to philanthropy.

“I am grateful for having had the privilege to inform and empower the Latino community through the work my colleagues and I do with such passion at Univision every day,” said Salinas. “I thank our audience for their trust and loyalty through the years, and want them to know that as long as I have a voice, I will always use it to speak on their behalf. I am excited to begin a new stage in my career, and look forward to new projects to reach new and diverse audiences on multiple platforms.”

Univision President/CEO Randy Falco said,  “María Elena has become an iconic and trusted source of unfiltered news. She is a fearless storyteller who has relentlessly pursued the truth, no matter what the dangers may be. We celebrate her groundbreaking work, her passion and commitment to journalism. María Elena has had a lasting impact in our industry and on the Hispanic community, and we wish her all the best.”

Univision News President Daniel Coronell added, “María Elena has been a great example of journalistic excellence and solidarity with the community. There has never been, nor will there ever be, another journalist like her at our Network. Her inspiring example will continue to guide the journalists of Univision News.”

Univision will announce plans for who will become the co-anchor for Jorge Ramos on its flagship newscast “in the coming months.”

Salinas was inducted into the NAB 2017 Hall of Fame,  and she is the first Latina to receive a Lifetime Achievement Emmy from the National Academy of Television Arts and Sciences.

In 1987, she broke new ground on multiple fronts when she was named an anchor on Univision’s nationally distributed newscasts.