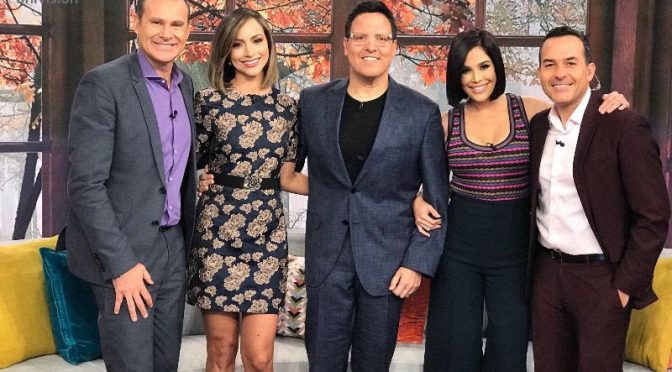 MIAMI BEACH — For decades, the Univision brand has served as the definitive hub of Spanish-language visual content and, since the 2000s, audio programming via AM and FM radio stations now an integral part of the company’s Uforia arm.

In Latin America, Univision was hardly known. That’s about to change.

At NATPE Miami, Univision and Mexico’s Televisa jointly announced that a distribution arrangement is in place that would make a Univision-branded linear television channel available across the region in a matter of months.

The LatAm incarnation of Univision will be a 24/7 pay-TV channel initially distributed across 17 Latin American markets, excluding Brazil.

The network will be operated by Televisa, which will also handle distribution and ad sales.

Univision and Televisa will collaborate on programming and marketing for the channel.

The LatAm version of Univision will feature “a robust content line-up, including innovative and popular productions from Univision Studios and Televisa.”

Rounding out the line-up and complementing the Univision programming will be a slate of yet-to-be-named content produced by Televisa “including some of the most popular novelas in the world.”

Univision was quick to herald the spread of a struggling U.S. brand to nations where it may only be known among family members who immigrated to the States, and not at home.

“This unique launch showcases the growing value of the Univision brand, not only in the U.S. but around the world, while reiterating Televisa’s position as a leader in providing the best quality programming, and a leader in the pay-TV market,” the companies jointly said.

Glenn Dryfoos, EVP for Business Affairs and General Counsel at Univision Networks, commented, “For decades, the Univision brand has been synonymous with outstanding programming that entertains, informs and empowers Hispanics in the U.S. – and part of that has been by telling stories about the people and stories that they care about from Latin America. We couldn’t be more excited to be introducing Univision to new audiences in these 17 countries that are closely connected through culture, history and family.”