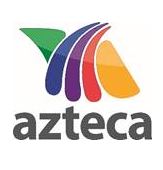 Azteca America  has partnered with the Immigrant Archive Project (IAP) to present “Quienes Somos” (Who We Are), a  video series that documents the struggles faced by Hispanic immigrants to the U.S. from all walks of life. The campaign launches across the network’s stations on Monday, February 26.

“Quienes Somos” will highlight the myriad contributions that Hispanic immigrants have made to America through their collective and individual experiences. In the video series, Latino immigrants, from popstar Luis Fonsi to everyday heroes making a difference in their communities, speak to themes such as the importance of education, recalling their first days in the U.S. and the impact others have made on their journeys. Also featured in the series are:

“The IAP’s important work is incredibly relevant and makes for essential viewing in today’s polarized climate,” said Enrique Perez, Executive Vice President, Azteca America TV Station Group. “We are fortunate to shine a light on these bright, creative, hard-working people who all have made sacrifices to achieve the American dream.”

“All of us at the Immigrant Archive Project are honored to partner with Azteca America in the creation of ‘Quienes Somos.’ These unscripted stories, told in the subject’s own words, contain a truth that simply cannot be captured in any other way,” said Tony Hernandez, co-founder, Immigrant Archive Project. “There is a pressing need to understand the modern immigrant experience so that future generations may learn from the collective immigrant experience. Azteca is a wonderful partner to help bring these stories to a wide television audience.”

“Quienes Somos” will air on all Azteca America stations throughout 2018.