More than two years after the COVID-19 pandemic put a damper on international travel, the thirst for new experiences in some of the most exotic and culturally rich locales has grown — and there’s a big desire to have it quenched. For some, this involves a quick jaunt to one of the world’s most interesting, and frustrating, cities.

Mexico City is overwhelming, but rewarding. For the first-time visitor, the first night’s stay may have one wondering why the heck they made the trip, and if it was all one big mistake. Once the adjustment to the altitude settles in (It ranges from 7,300 feet to 7,500 feet through some of the city’s most-desired areas), all of those concerns will likely evaporate. Just be sure to drink bottled water, and at least three half-liter bottles of Ciel (Dasani, in Mexico) every day.

Hispanic Market Overview is pleased to offer this digest of our first-ever visit to CDMX, in August 2018. Note that there are some differences between then and now. First, AMLO. He’s the President. As such, some basic services are lesser, some are greater. The Zócalo area is now known for more homeless than ever. Then, there’s the pandemic. It ravaged tourism; theft of iPhones in areas such as Coyoacán are still high, from what we hear.

Benito Juarez International Airport will soon be replaced by a new facility for international flights. We won’t discuss the total mess of a situation that is, as it involves AMLO and a decision panned by half of the country to abandon construction of a modern facility in favor of repurposing the old Air Force field and building a train to connect it to the city center.

We had a private car service. We recommend Uber or a certified taxi from a taxi dispatch line. UNDER NO CIRCUMSTANCES SHOULD YOU ACCEPT AN OFFER FROM A DRIVER.

Also, sadly, the Metro is not recommended. It’s a shame, because we prefer public transit. However, we toured CDMX like a local. And, we were told not to take Metro. If you recall, there was a major catastrophe on one train line, where an elevated line had a structural collapse. Meanwhile, the “teleférico,” the gondola, may seem like a nice, touristy thing to do. It goes through some rough working-class sections of the city so it is best to be with a local if you wish to do the trip.

Unless you’ve been in a city with absolutely horrendous traffic, get ready. Mexico City’s traffic is like Washington, D.C., without the Metro system. Or, it is like Toronto if there were no GO Trains or a TTC. It’s putrid. It takes forever and a crawl to get anywhere. But, go with it, and prepare accordingly. 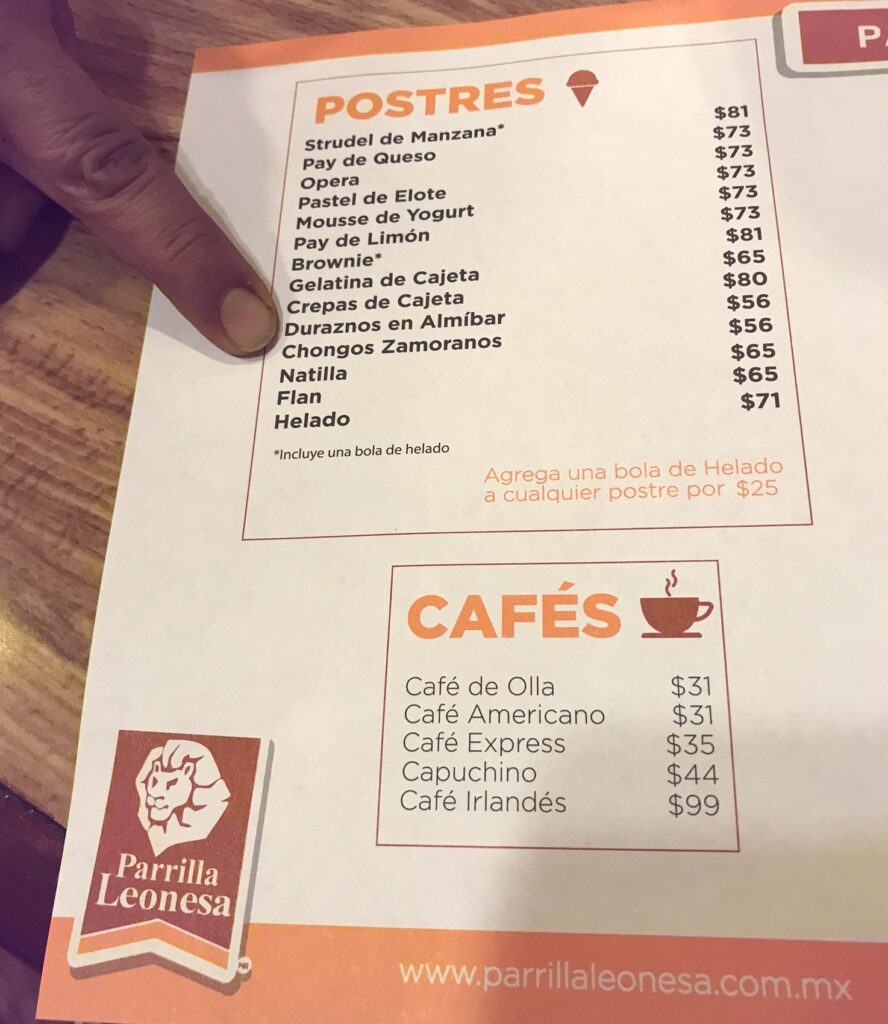 Worried about getting ill, or “Montezuma’s Revenge” ? Just be smart. That’s because Mexico City has some really, really good restaurants, and they range from chains to unique once-in-a-lifetime experiences. Parilla Leonesa was one of our first stops and we had some interesting postres.

Later that evening, we enjoyed a wonderful meal at Los Danzantes, and we ate at the dinner time of most natives — 3:30pm. That’s because there is a supper at about 8:30-9PM to be had, and much to see in between!

Los Danzantes is in a wonderful community called Coyoacán, known globally as the home of Frida Kahlo. While we did not have an opportunity to go to any Frida-related museums, they are all within walking distance of this charming neighborhood and its cathedral. It’s so nice you’ll want to snap a photo with your iPhone. WARNING: Thieves will come out of nowhere, snag your iPhone from your hand, and run off as you try to take a photo.

In 2018, there were numerous outdoor pubs in this neighborhood. All were playing 1980s music. In fact, everywhere we went it seemed as if we had taken the DeLorean to 1989. Fun fact.

Like most mega-sized cities, Mexico City has neighborhoods that are exquisite, and others you may not wish to visit. In CDMX, some are traditional centers of Jewish life. You’ll still see it today, which makes CDMX a truly global cultural gem.  For more we recommend this blog: http://cdmxtravel.com/en/top-experiences/the-footprints-of-judaism.html

Condesa, Polanco, Lomas de Chapultepec and Roma are the neighborhoods that today are the center of Jewish life in the city, and in Mexico as a whole. Here, you’ll find the Bosque de Chapultepec, infamously the site where the Mexico City Marathon’s halfway mark is …. followed by several kilometers of running on cobblestone. Yeah … but it’s leafy and pretty!

It is also the home of the Museo Nacional de Anthropologia. Devote an entire day to this place. And, eat at the café. It is a must.

Oh, and La Condesa? It is home of some great Oaxacan food, at Pasillo de Humo.

ZOCALO AND THE CITY CENTER

If you’re staying at the Hilton Mexico City Reforma or any nearby hotel, you are just steps away from the historic center of CDMX. You’re also across from what appears to be a charming park, Alameda Central. Don’t go in there unless you’d like to be accosted. Yeah … we know.

But, do what you can to see a Ballet Folklorico de Mexico evening performance in the spectacular Palacio de Bellas Artes after touring around the Museo del Templo Mayor.

What about at night, after the Palacio de Bellas Artes show? Churros. El Moro. Nothing more to say here.

In the Southern part of the city is a where you’ll find magical canals! https://xochimilcomagico.wixsite.com/trajineras

The church is sinking. Literally. And, the basilica of Saint Mary of Guadalupe is a major Christian shrine that is both holy and spiritual and of interest for its historic qualities. Allow 90 minutes. 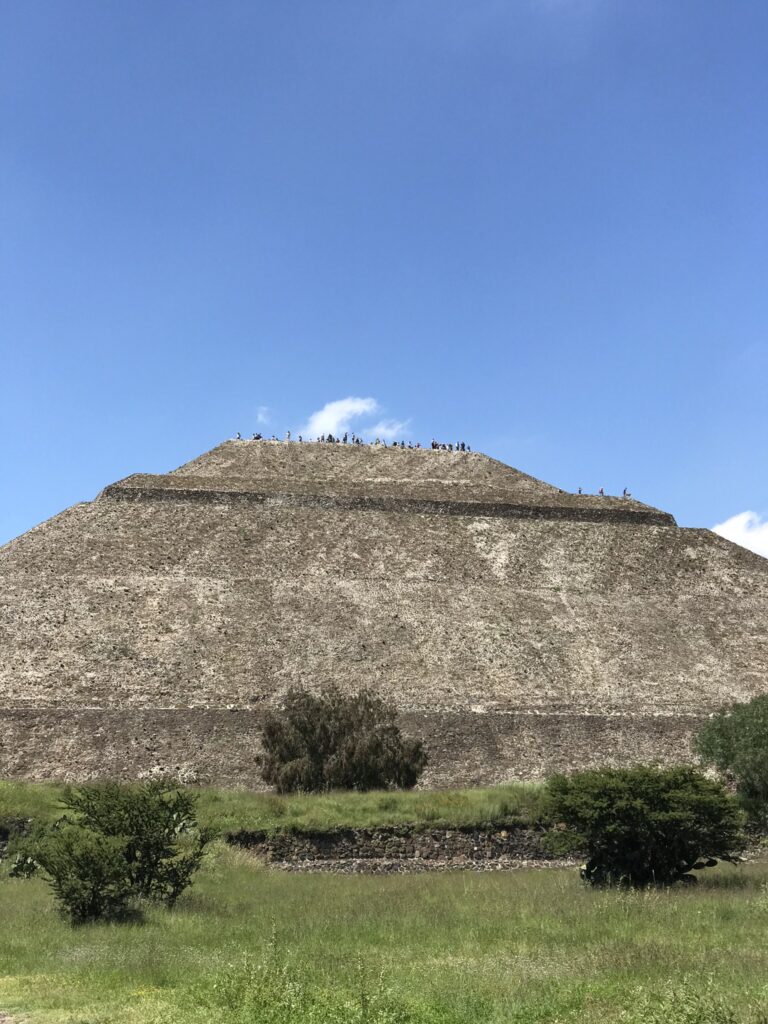 TIP: For the most amazing restaurant experience EVER, make a reservation and tell your tour guide you want to eat at La Gruta. 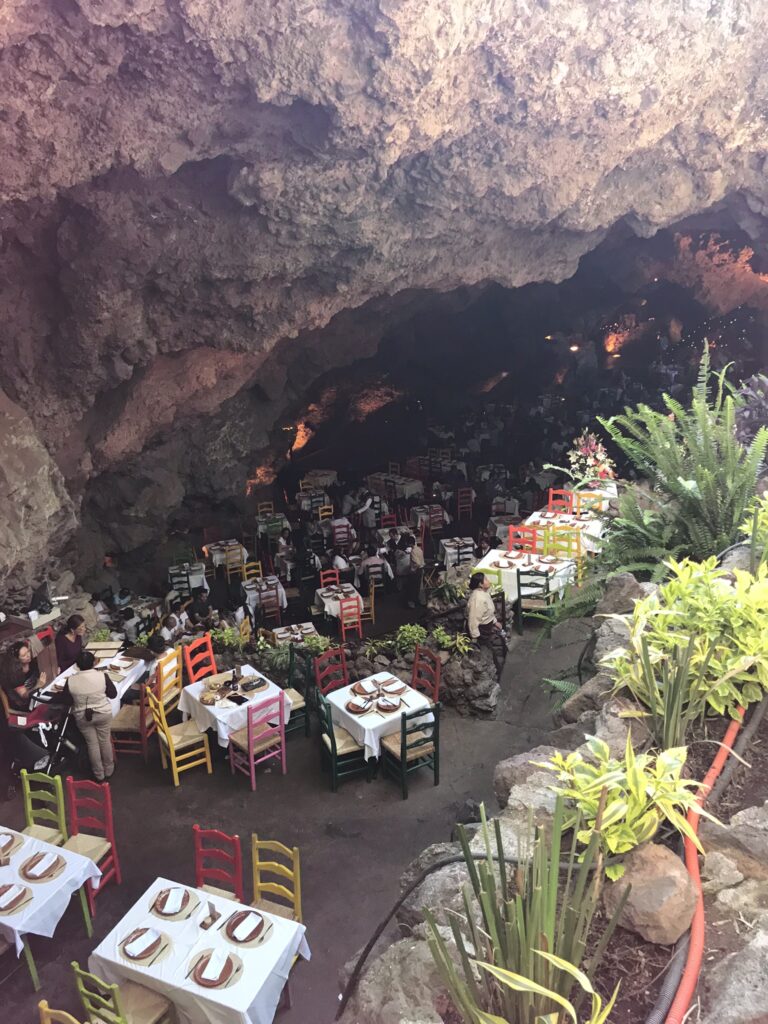 We wanted to keep this to 1,200 words. It was really hard. Mexico City is full of great experiences and we shared it with great people.

Our final suggestion is this: SPANISH IS THE LANGUAGE TO USE. Very few people have a strong enough command of English. Try to use Spanish wherever and whenever you can.

The best place to get Mexican Pesos is at the ATM for a major bank, such as citibancomex or any established institution.

And yes, tacos are very much a way of life here.

HAVE FUN. Just be prepared for the journey. And go to the bathroom first, as the journey could be delayed.